29/08/21: Balzan FC reached agreement with defender Steven Bezzina, for him to join Marsa FC on loan.

29/08/21: Balzan FC reached agreement with defender Steven Bezzina, for him to join Marsa FC on loan. 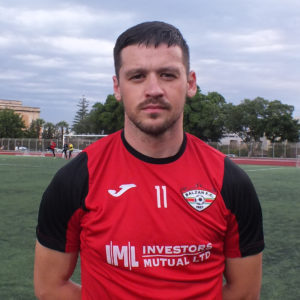 Balzan FC reached an agreement with Marsa FC to send their 34-year-old defender Steven Bezzina on loan with them for season 2021/2022.

Steven Bezzina started his playing carrier with the Sirens FC youth team in 1992.

He joined Balzan FC at the beginning of season 2013/2014 where he continued paying for them for the last eight seasons and finished as their first squad captain. He helped Balzan to win the FA Trophy in season 2018/2019.

This season, after he was utilized during the first two games of Balzan FC, he decided to move on and agreed to join Marsa FC on loan for season 2021/2022.

Steve the future is in your hand and we are going to miss you. However, Balzan FC thank you for your long and loyal service to the club and wish you the best of luck for the future.