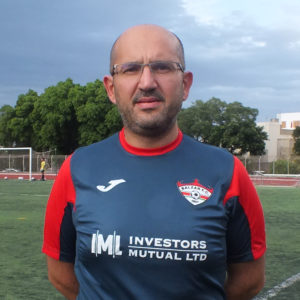 Jacques joined Balzan in January 2019 taking over from Serbian Coach Marko Micovic. Although at the end of Season 2018/2019 Balzan finished in the middle of the classification, he led the team to a historic moment by winning the FA Trophy and thus qualifying to play in the Europa League.

This season 2019/2020 Balzan FC was far from impressive as they lie in a mid-table position and to make things worse failed to make it to the semi-finals of the FA Trophy, losing their last opportunity to take part in European football again.

The Balzan FC Committee would like to thank Jacques for his services rendered to the club and wish him all the best in the future.

From now on, until the end of Season 2019/2020, the Senior team will be in the hands of our Technical Director and Academy Head Coach Ludvic Bartolo and assistant coach and Minors coach Alejandro Pantoja

My journey as coach of Balzan F.C. has come to an end. It is not a decision I have taken lightly but I believe it is the time to take this step. It has been a year full of emotions, of great moments and some other more bitter ones. During this time I have always endeavored against many obstacles with great passion, loyalty, commitment and effort.

For sure the memories of lifting the FA Trophy last season against all odds- the first major trophy for the club, will remain enshrined in my memory for a lifetime.

I would like to thank all the people I have worked with at the Club and the supporters. Of course, I want to thank all the players throughout this past year for always showing me great respect and also for their efforts – they have become part of my family and thanks to whom we wrote such an important chapter for the club.

Last but not least, I would like to thank the President Mr. Anton Tagliaferro and Sporting Director Mr. Vladimir Simovic for the opportunity to guide the team and for their confidence and support. Thanks Pres for always believing in me!!!

Finally, I would like to wish everyone involved at the club the very best for the future.