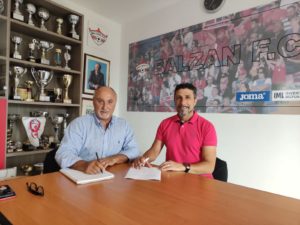 Following the departure of Mark Miller, Balzan FC came to an agreement on a two-year deal with Paul Zammit to take over the coaching of their Premier League squad.

Club President Anton Tagliaferro said: “We look forward to Paul joining the club and guiding the team to help the club reach its objectives for this season and beyond.”

At the end of 2003, Paul Zammit retired as a player and started his coaching career with Mosta FC.

In 2015 he took over the Valletta FC team once again and coached them for two seasons.

In 2017 he rejoined Birkirkara FC however, he was forced to leave in January 2019 because of the appointment of John Arne Riise as Sporting Director.

In January 2020 he had a spell as the Head Coach of Gzira U FC, as he stepped down at the end of the season.