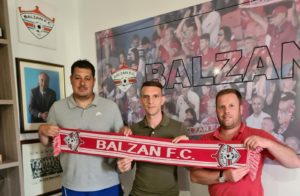 Milos started his football carrier in 2007 with the Serbian team Radnički Nova Pazova and in 2009 he joined OFK Beograd,

In 2013 he moved to Slovenia playing for Domžale

In 2014 he moved back to Serbia and played in the Serbian SuperLiga for Donji Srem, Novi Pazar, Mladost Lučani, Metalac GM, Radnik Surulica,

In January 2018 went to Bosnia & Herzegovina to join Sloboda Tuzla,

Later in 2018, he went to Montenegro to play for Budućnost Podgorica,

In 2020 he returned to Serbia to play for Napredak Krusevac and Novi Pazar.