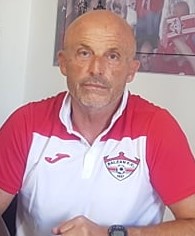 Balzan FC announced that Mark Miller has stepped down as their first-team coach.

Mark Miller joined Balzan in June 2020 after serving as player-coach with Sliema Wanderers and Floriana and coach of Hibernians, the Malta Under-17, Under-19, and Under-21 national teams, and following another spell with Hibernians, Valletta, Qormi, Hibernians once again, and Mosta.

Last season, when the league was interrupted in March, Balzan were lying in joint-tenth place with 27 points from 23 matches.

This season, Balzan won only two from the six matches played so far but although they are currently joint-fourth from the bottom, the three teams sharing third place lie just three points ahead of Balzan.

President Anton Tagliaferro said ” I would like to take this opportunity to thank Mark for his dedication and hard work in the 18 months since he was appointed as Balzan FC coach and we wish him the very best of luck for the future .”

“A shortlist of candidates for the role has been drawn up and the club is hoping to be able to be in a position regarding a new appointment in the not too distant future.”