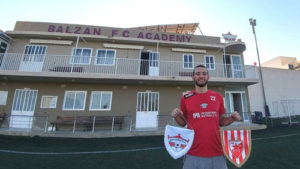 Ludvic Bartolo Balzan’s Technical Director said ” Gary is a very dedicated and promisiing player – he has improved greatly as a player in the last few years at the Balzan Academy and we certainly think he has great potential as a player. I would like to thank Vlad for putting us in touch with Milan Lesnjak, Red Star’s under 19 coach and Red Star’s Academy Director Dragan Mladenovic.”

Sporting Director Vladimir Simovic added ” The standard of Red Star under 19 team is very high – as evidenced by Serbia’s winning of the under 20 World Cup in the Final vs Brazil only a couple of years ago. Having said this Gary is a very good player and I am sure he can do well there. We continue to look to broaden our relationship with Red Star and we will be announcing further moves in this regard in coming weeks.”