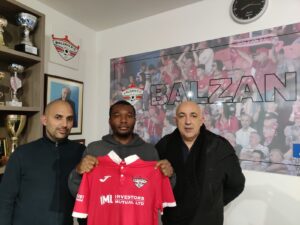 Balzan is pleased to announce the signing of 25-year-old Dutch right-winger Moussa Sanoh.

Moussa started his football carrier at the PSV Academy in Holland.

In 2016 he was loaned to RKC Waalwijk in Holland .

In 2017 he moved to England playing for Crawley Town FC.

In 2018 he went to Romania where he registered with CSM Poli Iasi.

At the beginning of this season 2020/2021, he returned to playing for CS Gaz Methan of Romania, and now he decided to come to play in Malta with Balzan FC.