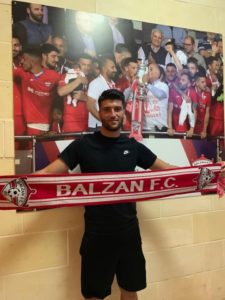 A product of Birkirkara, Luke Montebello joined Italian side Livorno in a joint-ownership deal in summer 2011 and the following summer, the Italian club signed him from Birkirkara.

Luke Montebello returned to Malta in summer 2013, playing for the Birkirkara in the Euro Cup. However a few weeks later, he joined Valletta, signing a five-year deal.

He had spells on loan with Zebbug Rangers, Tarxien Rainbows and Pembroke Athleta before returning with the Valletta in January 2017.