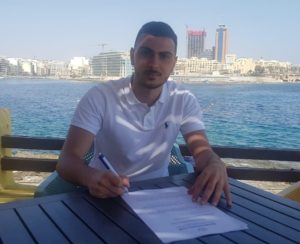 Balzan FC have shown their intention of giving a younger look to their first team squad after they handed a new contract to another promising player from their U-19 squad, namely Neil Frendo.

Defender Neil Frendo was on loan with Pembroke A FC and he played with their Senior team last season. His performances has earned the support of the club who have decided to promote him to the first team when handing him a new two-year contract.